A significant part of the Film Festival experience is being able to talk with some of the people who helped make the film you just watched, as well as to ask them questions about the what, or the why, or the how of the filmmaking process.

The Nacogdoches Film Festival is about more than simply watching films. It is, first and foremost, about gaining a better understanding of the intricacies of filmmaking while, at the same time, being entertained. It is an experience in intellectual engagement.

An important part of our mission is to help develop and nurture the future of film making in all media platforms. Providing learning opportunities for young and budding filmmakers is at the core of who we are and what we do.

Below is a listing of film industry guests (in alphabetical order) who have already confirmed their participation in the upcoming 2020 Nacogdoches Film Festival:

NOTE: This list is subject to change if unforeseen circumstances dictate.

George R.R. Martin and Joe R. Lansdale at the 2015 NacFilmFest. Joe is one of our original committee members and remains an active participant in the planning and execution of our film festivals every year. 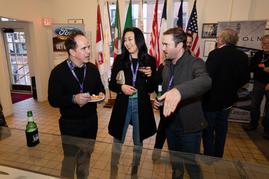 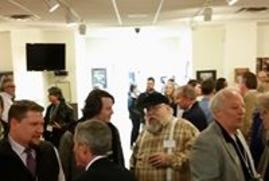 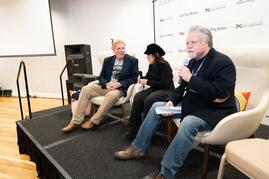