Mindy Bledsoe is a director, producer, screenwriter, and the occasional actress. She is one half of Bledska Works with her partner, Rob Senska. Collectively, she has five award winning short films and is currently on the festival circuit with her feature film debut, The In-Between, which will be showing on Saturday evening.

She recently directed music videos for Kenny Wayne Shepherd Band and produced the action-thriller feature film, Cut to the Chase.

Mindy is also a graduate of SFASU. 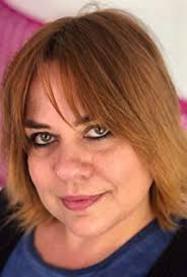