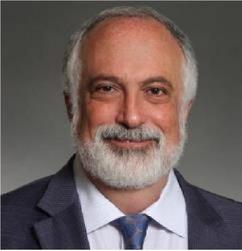 Larry Waks is a partner with Foley & Lardner LLP in the firm's Dallas, Austin, New York, Miami and Los Angeles offices. He is a member of the firm's Transactions and Intellectual Property Practices.

Larry represents many clients in the food & beverage, high tech, media, energy and entertainment industries, on a scale that takes him across the country and around the world. His practice experience is broad based, with particular emphasis on mergers and acquisitions and other liquidity transactions. Larry has a keen understanding of risk and how it is best controlled, which makes him a clear choice for clients engaged in strategic transactions.

During his more nearly 40 years in practice, Larry has played an instrumental role in Austin's emergence as the "Live Music Capital of the World" and in Texas' status as a "Third Coast" destination for film and television production. As counsel for the University of Texas Film Institute and Burnt Orange Films, Larry established a first-of-its-kind public/private partnership to create and support a university-based commercial film production company.

Larry is a graduate of Trinity University and St. Mary's University School of Law. He speaks Spanish, French, Russian and Portuguese.