Kent grew up near Fort Worth, Texas and moved to Hollywood after getting a lead role in Columbia Picture's 1976 film, Drive-in. He starred in three TV series in the 1970s and 1980s, including the first Showtime series, Lone Star Bar & Grill. He was in half a dozen other movies, including Any Which Way You Can with Clint Eastwood.

Kent started his own Private Investigations firm in Los Angeles in 1982, specializing in internal theft, drug and other criminal cases for employers such as Warner Brothers and Disney. Kent's firm was the largest of its type on the West Coast when he sold it in 2003 and moved with his wife, Ruth Buzzi, to a ranch near Stephenville, Texas, where they raise cattle and horses.

He and Ruth have been married since 1978. 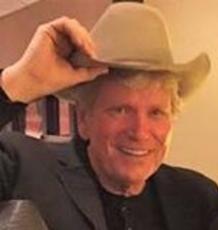