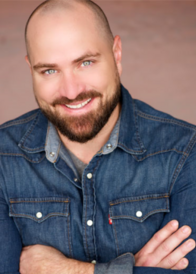 Joey Ogelsby was born in Plano, Texas, and, after attending Baylor University and studying Theatre Arts, he moved to New York for acting. He then moved back to Dallas, where he landed a role as Guy Raston in the acclaimed NBC series, Friday Night Lights.

Following that, he moved to Los Angeles and worked as the villainous Cale in the Ryan Coogler film, Fruitvale Station, which starred Michael B. Jordan. Along with film, television and commercial credits, Joey is widely considered to be satirical internet phenomenon, Donnie Davies.