Champion Mojo Storyteller and longtime Nacogdoches resident Joe R. Lansdale is the author of over 40 novels and numerous short stories. His work has appeared in national anthologies, magazines, and collections, as well as numerous foreign publications. He has written for comics, television, film, newspapers and Internet sites. His work has been collected in more than two dozen short-story collections and he has edited or co-edited over a dozen anthologies.

Joe is the subject of the just-released documentary film, All Hail the Popcorn King, which will be shown at this year's Nacogdoches Film Festival. His Hap and Leonard novels are the inspiration for Sundance Television’s series, Hap and Leonard, which ran for three seasons.

He has received the Edgar Award, eight Bram Stoker Awards, the Horror Writers Association Lifetime Achievement Award, the British Fantasy Award, the Grinzani Cavour Prize for Literature, the Herodotus Historical Fiction Award, the Inkpot Award for Contributions to Science Fiction and Fantasy, and many others.

His novella, Bubba Ho-Tep, was adapted to film by Don Coscarelli, starring Bruce Campbell and Ossie Davis. His story, “Incident On and Off a Mountain Road,” was adapted to film for Showtime's Masters of Horror, and he adapted his short story, "Christmas with the Dead," to film as the SFA Film Program’s summer feature film project in 2012. The film adaptation of his novel, Cold in July, was nominated for the Grand Jury Prize at the Sundance Film Festival.

He is currently co-producing several films, among them The Bottoms, based on his Edgar Award-winning novel, with Bill Paxton and Brad Wyman, and The Drive-In, with Greg Nicotero.

He is Writer-In-Residence at Stephen F. Austin State University, and is the founder of the martial arts system Shen Chuan: Martial Science and its affiliate, Shen Chuan Family System. He is a member of both the United States and International Martial Arts Halls of Fame, and lives in Nacogdoches, Texas with his wife, dog, and two cats. 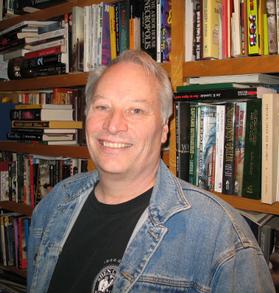