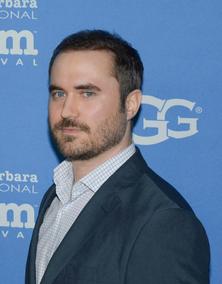 Derek Wayne Johnson is an award-winning director, writer, producer and editor originally from Carthage, Texas, and now residing in Los Angeles. In his senior year of film school at Stephen F. Austin State University, Johnson wrote and directed his first feature film, "Within Us." After college he broke into the movie business in Texas and Louisiana by directing independent feature films such as “Broken Blood” and “Scrape.”

In 2017, Johnson directed and produced “John G. Avildsen: King of the Underdogs,” a documentary about Academy Award-winning director John G. Avildsen, whose credits include “Rocky” and “The Karate Kid.” The documentary features interviews with Sylvester Stallone, Ralph Macchio, Martin Scorsese, Burt Reynolds, Talia Shire and many more. Alongside his mentor John Avildsen and the cast and crew of “The Karate Kid,” Johnson and his team received a Commendation by the City of Los Angeles for their documentary and its association with “The Karate Kid” legacy.

Sylvester Stallone handpicked Johnson to direct and produce “40 Years of Rocky: The Birth of a Classic”, a documentary featuring Stallone narrating behind-the-scenes footage from the making of the original film. Johnson and Stallone's documentary was recently acquired by Metro-Goldwyn-Mayer and will air on Epix, the cable and streaming channel it co-owns. Johnson recently completed “STALLONE: Frank, That Is”, a documentary about Grammy and Golden Globe nominated singer, musician and actor Frank Stallone, brother of Sylvester. The documentary features interviews with Sylvester Stallone, Arnold Schwarzenegger, Geraldo Rivera, Joe Mantegna, John Oates, Richie Sambora, Duff McKagan and more.