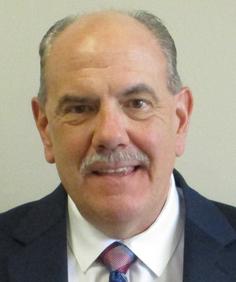 Dave Brichler is currently a Corporate Paralegal for the firm, Foley & Lardner LLP, working since 2017 alongside his longtime colleague, Larry Waks, in the firm’s Austin office.  Specializing in entertainment law and copyright and trademark matters based on his music business history, Dave has expanded his legal knowledge working with Larry in mergers and acquisitions, food and beverage distribution, due diligence, corporate setups and litigation.

Aspects of the film business have always been a part of Dave’s music business career, including working with The Great Southern Company of Macon, Georgia, which manufactured and distributed licensed music, film, and entertainment merchandise.  Dave handled property acquisitions, creative & product development, and sales through various channels of the retail industry.  In addition to merchandising bands such as Iron Maiden, Bon Jovi and U2, the company was a leader in bringing film, television, and other entertainment properties such as “Batman”, “Nightmare on Elm Street”, and “Who Framed Roger Rabbit?” to new levels of the retail merchandising trade, including department, gift, record and video store chains and independents.

Dave graduated from The University of Texas at Austin in 1978 with a Bachelor’s Degree in Broadcast Journalism, and he attended Sharpstown High School in Houston.  He has served the entertainment community with board tenures at the Texas Chapter of NARAS/The Grammy Awards, the Austin Music Foundation, the City of Austin Music Commission, the Texas Music Association, and the City of Austin Chamber of Commerce Music Industry Task Force.