A Conversation With George Foreman

"A Conversation With George Foreman" will be a live, in-person conversation with Olympic Gold Medalist, two-time Heavyweight Champion of the World, successful entrepreneur and minister George Foreman, who will sit down with his friend, entertainment producer and publisher of Around the Town, David Stallings, and share the story of his extraordinary and inspirational life.

From his childhood in Marshall, Texas, his time as an amateur and professional boxer where he achieved worldwide fame, to his life as a successful entrepreneur and businessman—all the while balancing the responsibilities for ministering to his congregation in Houston—George Foreman is an American icon who returned to his roots in East Texas.

The program will include a short video produced by SFA film Student Armando Silvas. 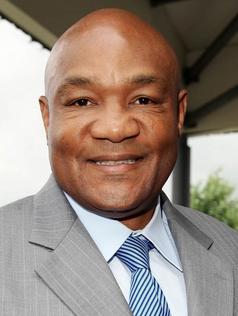