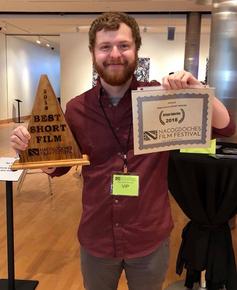 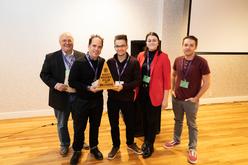 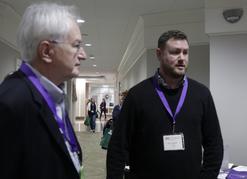 Director Grant Moore, whose film, PICKLE, was chosen as best short film at the 2018 NacFilmFest.

Producer John Matthews, whose film, LORE, was chosen as best independent feature film at the 2018 NacFilmFest (with Dr. Buddy Himes, Dean of College of Fine Arts.

The 9th annual Nacogdoches Film Festival (CELEBRATING THE NEXT GENERATION OF TEXAS FILMMAKERS) is now open for submission of entries into our five competition categories:

The deadline for all film competition entries is January 1, 2020 and the Festival will be held on February 20-22, 2020 at the historic Fredonia Hotel in downtown Nacogdoches, the "Oldest Town in Texas."

Winners will be notified on or about February 1, 2020.

While other film festivals cater to established filmmakers, our focus is to help nurture the NEXT GENERATION OF TEXAS FILMMAKERS

Although the Nacogdoches Film Festival focuses primarily on films and filmmakers with a tie to the state of Texas, past winners in our various competitions have come from throughout the United States and Europe.

All entries must be submitted through Film Freeway.