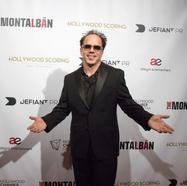 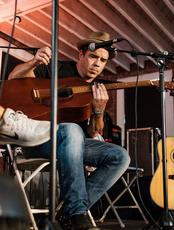 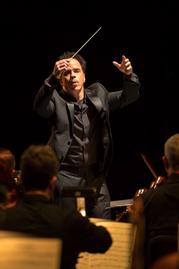 Hailing from Texas, he is thriving in Brooklyn with 20 albums, scores to over 50 films distributed around the world (many award winning) and a growing opus of chamber/symphonic music.

He is an assistant professor in the Songwriting Department of Boston's Berklee College of Music since January 2019 and has taught bass, songwriting, composing and guitar at 92nd St Y in NYC since 1997. He has played bass for Quincy Jones, with The Dixie Chicks and Rosanne Cash, and in orchestras as well as on Broadway. As a freelance singer, multi-instrumentalist and conductor, he’s appeared on other composers’ / songwriter’s projects including video games and commercials.

He is a 2015 Sundance Institute Lab Fellow and recently kayaked in Alaska.  Collaborating brings out his best music, for which VARIETY says he's a "notable asset” to work “well served by a fine soundtrack.”