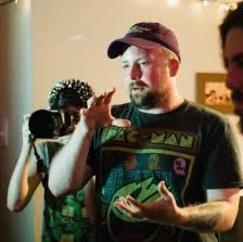 Buddy Ketelle is an independent filmmaker who has directed numerous short films and one feature film. A native of Amarillo, Buddy moved to Nacogdoches to attend Stephen F. Austin State University for both his undergraduate and graduate studies in Cinematography.  In 2018, Buddy directed his feature debut, Let’s Kill Mom, as part of SFA’s Summer Feature program.

Since graduating with his Master of Fine Arts in Cinematography, Buddy works full time as a freelancer in the film industry in Texas. In his spare time, he co-hosts the movie podcast, “I Guess We’re Watching...,” alongside fellow SFA film alumni Ethan Cartwright.