Upon graduation, he headed out for Los Angeles to pursue his show business dreams. Brad got his first taste of fame touring the country with, The Serendipity Singers. He went on to backup such artists as Bobby Gentry, Jim Nabors, and Don Ho. A singer/songwriter, Brad also released three solo country albums, Living It Up, Chameleon, and Miles and Miles of Texas.

Brad is best known for his long-running role as Dr. Tony Jones on the television serial, General Hospital, a role he played from 1984 to 2006, and his three years as Ashlee Simpson's father, George, on the WB network's 7th Heaven. His other television credits include guest starring roles in The White Shadow, Three's Company, Too Close for Comfort, Charlie's Angels, and the ABC miniseries, Malibu.

Maule's theatre credits include starring in Billy Barnes' musical revue, Movie Star, at the Westwood Playhouse (now the Geffen Theatre) in Los Angeles. He performed the role of Hamlet in the Los Angeles production of Somethin's Rockin' in Denmark. He also won the Drama-Logue Award for the Los Angeles premiere of Stephen Sondheim's Marry Me A Little.

Brad is currently a lecturer for the film program at Stephen F. Austin State University. From 2009 to 2016, he hosted his own talk show, Maule in the Morning, on KSFA talk radio. Brad is the father of 2 grown children, Lily and Hunter.

Brad also wrote the screenplay for Glenn's Gotta Go, the 2017 SFA Student Summer Feature Film that will be showing at the 2020 Nacogdoches Film Festival 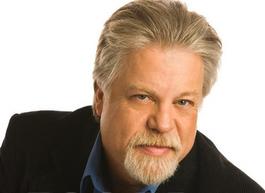 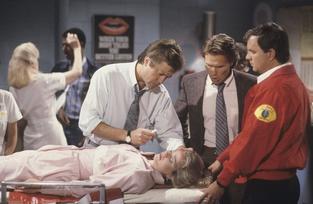