Armando Silvas Jr. is currently a senior at SFA, with a major in filmmaking and minor in photography.

After graduating from Tarkington High School in 2016, he knew very early on he wanted to pursue filmmaking. He spent most of high school involved in theater before realizing that filmmaking was what he wanted to study. Since beginning college in 2016, Armando has written, directed, shot, and edited many short films, and was also a part of The SFA Summer Feature Program two years in a row. Some of his short films include Dirk Kawalski: Maximum Survival (2019), Hell Rush (2018), and The Russian at Christmas (2019).

His goal after graduation is to become a professional director of photography and camera operator. 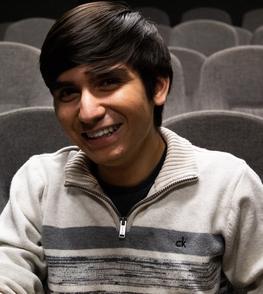