The 2017 Nacogdoches Film Festival was held on February 24-26, 2017 at various locations throughout Nacogdoches, Texas, including the SFA Cole Art Center, Lamp-Lite Theatre and the SFA Student Center Theater.

FILMS
The following films were featured:

Al Reinert was nominated for an Academy Award for his screenplay for Ron Howard's Academy Award-winning tribute to the heroic crew of Apollo 13.

This documentary, written and directed by Al Reinert, won the Sundance Film Festival Grand Jury Prize for documentary films, in addition to being nominated for an Academy Award. Reinert's work on this film led director Ron Howard to hire him several years later to write the screenplay for his blockbuster film, Apollo 13, for which Reinert earned a second Oscar nomination.

A documentary set in Mississippi during the height of the American civil rights movement about the search for two forgotten blues singers. Texas native Christopher North scored the music for the film, with the screenplay written by Benjamin Hedin.

The 2015 SFA Film Program summer film project was directed by SFA graduate student Justin Herring and was completely produced by current SFA students. This dark comedy is about two slackers who steal a cooler looking for booze but, instead, find two human kidneys inside.

Two episodes from season one  ("Savage Season" and "The Bottoms"), a popular television series based on the Hap and Leonard novels by Nacogdoches resident Joe R. Lansdale. The series has been signed up for a third season.

A comedy co-directed by Amber Benson (best known for her role as Tara in the television series, Buffy the Vampire Killer) that has been described as The Office meets Close Encounters of the Third Kind.

Winner of the 2017 Feature Film competition, this documentary was directed by East Texan Jenna Jackson 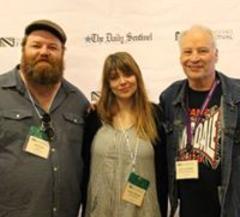 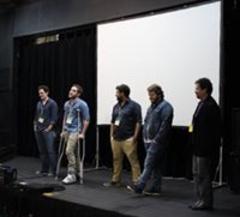 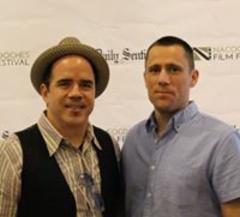 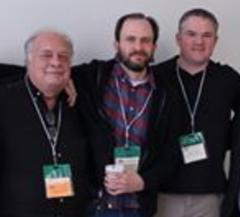