The 2016 Nacogdoches Film Festival was held on February 25-27, 2016 at various locations throughout Nacogdoches, Texas.

Nacogdoches 1938: Found Footage
Found Footage, directed by Peyton Paulette, features scenes of Nacogdoches people and businesses in 1938 documented on film. The Stephen F. Austin State University College of Fine Arts and Humanities Texas, in association with the Charles and Lois Marie Bright Foundation, championed the effort to restore the forgotten 16mm film, labeled "Nacogdoches 1938." Discovered at Nacogdoches High School in 1967 but forgotten until a few years ago, the film was digitally restored and viewed in 2014 for the first time in 70 years.

Bible Quiz
Mikayla hopes to win the National Bible Quiz championship and the heart of her team captain.

Stake Land
Written by Nick Damici and Jim Mickle and directed by Jim Mickle, the plot centers around Martin, who was a normal teenage boy before the country collapsed in an empty pit of economic and political disaster. A vampire epidemic has swept across what is left of the nation’s abandoned towns and cities, and it’s up to Mister, a death-dealing, rogue vampire hunter, to get Martin safely north to Canada, the continent’s New Eden.

John G. Avildsen: King of the Underdogs
Produced and directed by Derek Wayne Johnson, this documentary is an examination of the Oscar-winning director who brought to life some of cinema’s most beloved motion pictures, including The Karate Kid and the Rocky movies. Derek Wayne Johnson is a graduate of the Stephen F. Austin State University film program.

Frailty
Set in present day Texas, Frailty centers on the FBI's search for a serial killer who calls himself "God's Hands." The movie, directed by Bill Paxton, was written by Brent Hanley and stars Bill Paxton and Matthew McConaughey.

The following is a list of winners in the 2016 Short Film Competition: 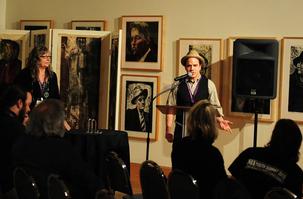 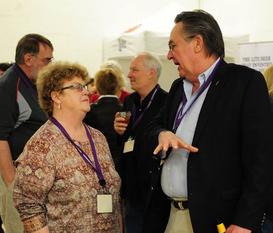 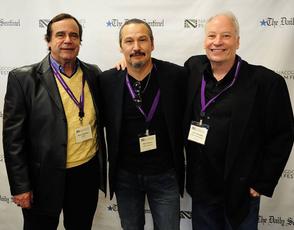