Bubba Ho-Tep
Based on a novella by longtime Nacogdoches, Texas resident Joe R. Lansdale, and set in the “Shady Rest Retirement Home in East Texas."

Rainbow’s End
Written by producer and actor (and graduate of Stephen F. Austin State University) Andy Cope of Austin, Texas, the story follows a band of native East Texas misfits as they travel westward to make a run at California Gold.

2:22
This award-winning crime thriller about a New Year’s Eve heist of a boutique hotel stars Val Kilmer and is directed by Phillip Guzman, a 2004 graduate of SFA’s film school.

Skateland
Directed by Jim Mickle, this coming-of-age film takes place in a small Texas town in 1983. The film premiered at the Sundance Film Festival in 2010 and was written and directed by Austin filmmaker Anthony Burns.

The following is a list of winners in the 2012 Short Film Competition: 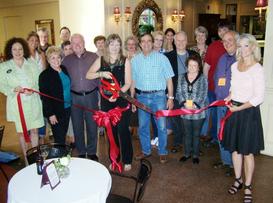